In the face of the challenges of a increasingly globalising world, ELES attaches great importance to the international focus of its programmes and projects. For this reason, it has been steadily increasing its cooperation with partner organisations in other EU countries, the USA and, of course, Israel. It is the goal of ELES to create and shape space for Jewish life in Germany and Europe and to have a formative influence upon the discourse of the Jewish community in the Diaspora.

The ELES international academies are a key component of our Intellectual Support programme. They give our scholarship holders insights into international centres of Jewish life.

With its diverse and vibrant Jewish communities, New York is one of the most important centres of the Diaspora. Since 2015, ELES has been running an international academy there in cooperation with the Leo Baeck Institute .

In 2017, the ELES International Academy in New York examined the migration history of German-speaking Jewry to the USA and reflected upon the Jewish-German-American stories of the scholarship holders. As in previous years, a two-day workshop took place at the Leo Baeck Institute. The scholarship holders researched independently on the following topics:

The exchange with different Jewish institutions, denominations and scholars in New York offers the ELES scholarship holders an insight into the cultural and religious diversity of Jewish communities.

The Israel Academy, organised jointly by ELES and the Konrad-Adenauer-Stiftung (another Scholarship Fund),helps to provide ELES scholarship holders with impressions of life in Israel and stimulates discussion about the role that Israel can play for Jews in Germany. The Academy offers participants the opportunity to get to know Israel from different perspectives and intensifies the close relationships between the scholarship recipients of both Scholarship Funds.

An exchange with renowned scientists characterises the Israel Academy programme – supplemented by lectures and workshops by journalists, cultural workers and representatives of various institutions and organisations engaged with Israel. Since the religious life in Israel offers a very different variety than in Germany and plays a central role in society, Shabbat celebrations and visits to synagogues of different denominations are also an integral part of the programme.

In 2016, the third joint Israel Academy of ELES and the Konard Adenauer Foundation took place. The political challenges of today were discussed at a reception in theGerman Embassy and at the Konard Adenauer Foundation’s office. ELES scholarship holders learnt about religious life in Israel by attending Shabbat and denominationally different morning prayers: They also met with organisations called Women of the Wall and Breaking the Silence, and with a civil rights activist, Ari Nitzan, who provided insights into civil society. 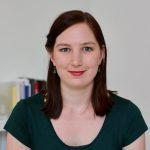